The good news for Spain came all at once, their five-goal rout of Slovakia on Wednesday steering them clear of an early exit and restoring hope they could even win Euro 2020.

Luis Enrique said he would have taken any position in Group E as long as Spain got through and yet from desperation came elation, a goal-fest in Seville transforming expectations after a whirlwind 60 minutes.

“Just like that,” came Marca’s headline on Thursday, while AS’s front cover read: ‘Permission to believe’.

Whether optimism proves brief or longer-lasting will depend on the outcome on Monday against Croatia, the World Cup finalists who appear to be growing into this competition themselves.

Croatia also qualified in second place and will certainly offer a sterner examination than Slovakia, who put up surely the worst performance of any team in all 36 matches of the group stage.

They might have profited from Spain’s goal-scoring angst had the floodgates not been so generously opened by their own goalkeeper Martin Dubravka.

After Alvaro Morata’s missed penalty, Dubravka flapping the ball into his own net was the perfect way to calm Spanish nerves and why doubts still linger around Spain being able to navigate tougher tests to come.

Their route to the final could be perilous. France are a potential foe in the quarter-finals and perhaps Italy, Belgium or Portugal in the semis.

Croatia may be a class below any of those but still a class above what Spain have faced so far, with their midfield of Luka Modric, Marcelo Brozovic and Mateo Kovacic possessing the guile to dominate the very best.

But Spain do have a spring in their step again, no matter how fortuitously they found it, and a victory in Copenhagen on Monday would give them genuine momentum too.

It would represent the country’s first quarter-final at a major tournament since they were last Euro champions in 2012.

“It’s obviously a relief, not only for me, but what it means when you keep insisting on the same football ideas and you see you can get results with them,” said Luis Enrique. “The result comes at the best moment and it prepares us for what is to come.”

Morata’s finishing woes remain the chief concern, with the 28-year-old perhaps the only player not to leave La Cartuja feeling rejuvenated.

He stepped up to take Spain’s early penalty but missed, and then went off in the second half, only to watch his replacement Ferran Torres flick in at the near post 10 seconds later.

Luis Enrique picking Gerard Moreno to join, instead of oust, Morata has felt like a workable compromise but with others now making their case, his loyalty comes at a price.

Pablo Sarabia was the stand-out performer against Slovakia, his decisiveness and precision in the final third as refreshing as it was impressive.

Torres showed again why his pace and threat has so often been favoured in the past. Marcos Llorente was left on the bench but is still perhaps the squad’s most penetrative attacking option.

Luis Enrique admitted his four changes had been aimed at “shaking the hornet’s nest”, finding a solution to “a kind of block, when the energy isn’t there”.

But the return of Sergio Busquets in midfield was a surprise to nobody, Spain’s captain returning to the relief of everybody after missing the first two games following a positive test for Covid.

Busquets brought poise to the midfield and leadership to a youthful team that has been full of craft but arguably lacking the kind of assuredness that only comes with experience.

“He produced a textbook performance in how to be a pivot, offensively and defensively,” said Luis Enrique.

Luis Enrique’s hope the bottle of cava will be “uncorked” by Spain’s latest goal frenzy has not always bore fruit in recent months.

Spain beat Lithuania 4-0 in June before the goalless draw with Sweden. They thrashed Germany 6-0 in November only then to draw 1-1 at home to Greece.

Croatia will be counting on a similar regression towards the mean while Spain have to prove Slovakia really was a release, rather than a one-off. “We have confidence,” said Busquets. “This has to be the start.” 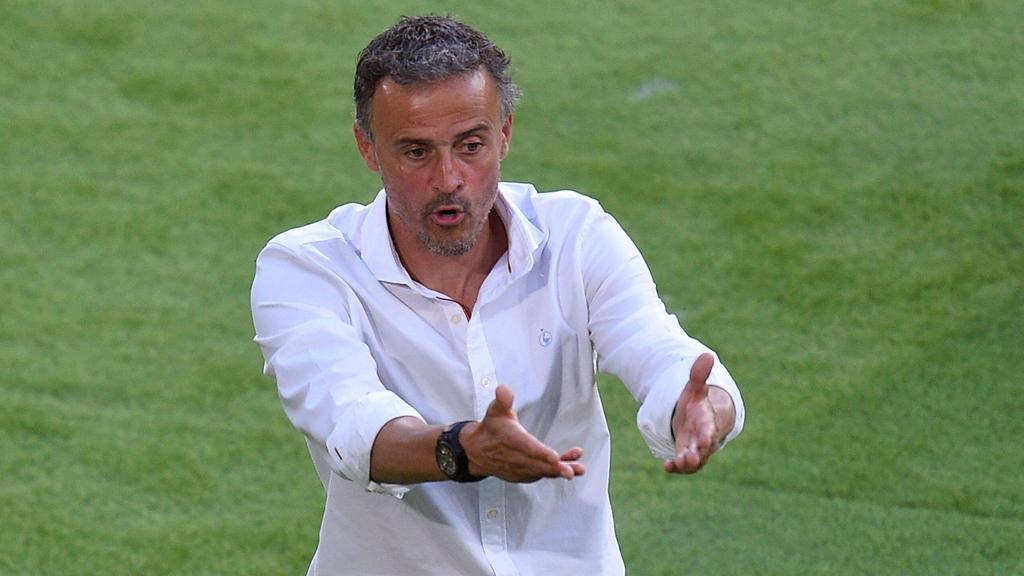