Photos in the British press showed the green light of a laser being pointed at Schmeichel’s face just before Harry Kane’s extra-time penalty.

Schmeichel saved the spot-kick but Kane scored from the rebound.

“I didn’t notice it during the penalty kick because it was behind me on my right side,” said the Leicester goalkeeper.

“But I noticed it in the second half. I told the referee and I think he went out and told one of the other linesmen.”

Some supporters at Wembley also booed during the Denmark national anthem.

European football’s governing body said it had charged England for “use of laser pointer”, “disturbance caused during the national anthem” and “lighting of fireworks” by their fans.

Schmeichel saved Kane’s penalty, but the England captain scored the rebound to give Gareth Southgate’s men a 2-1 victory which sealed England a place in their first major tournament final for 55 years.

They will face Italy in Sunday’s final at Wembley. 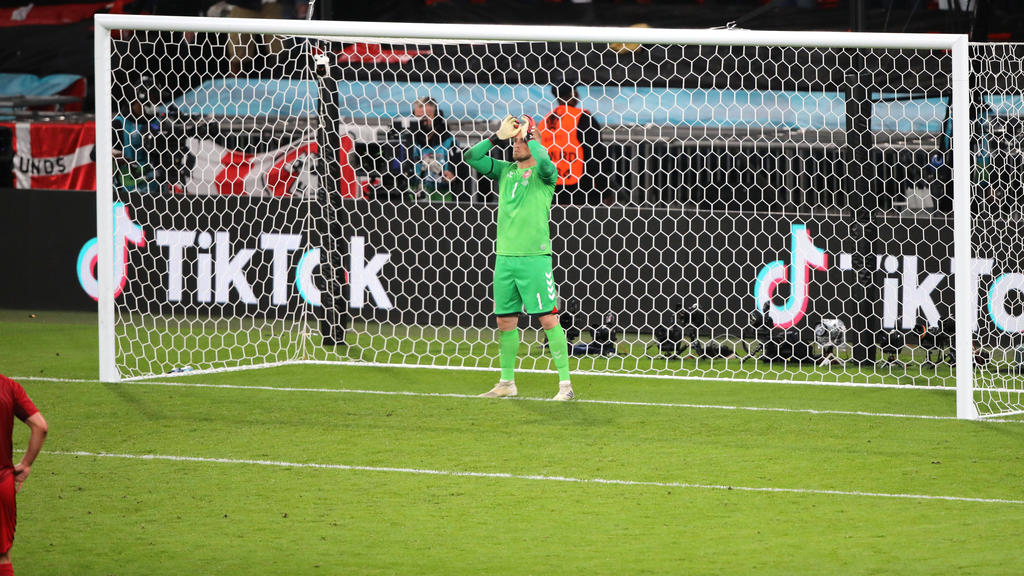