An investigation into “events involving supporters which occurred inside and around the stadium” will also be conducted, after fans without tickets managed to force their way into Wembley on Sunday.

Videos on social media also appeared to show England supporters fighting among each other in the stadium.

The FA had already been fined 30,000 euros ($35,600) after a laser was shone in the face of Denmark goalkeeper Kasper Schmeichel during England’s semi-final win last week.

As for that match, England were again charged for booing “during the (Italian) national anthem” and “lighting of a firework”.

The other two charges related to the final were for a pitch invasion during the game and the “throwing of objects” by supporters.

Some spectators were unable to take their seats due to people without tickets getting into the stands.

London’s Metropolitan Police said it made 86 arrests and a total of 19 officers were injured while managing the final.

“A UEFA ethics and disciplinary inspector has been appointed to conduct a disciplinary investigation into events involving supporters which occurred inside and around the stadium,” UEFA said.

“Information on this matter will be made available in due course.”

Italy won the final 3-2 on penalties after a 1-1 draw to secure their second European Championship title and first since 1968. 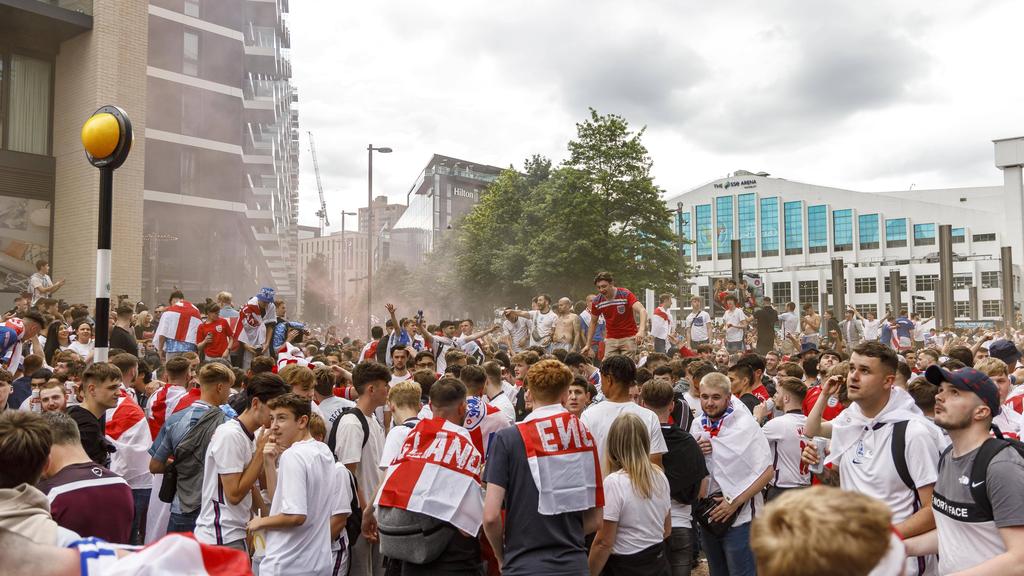