Brazil’s Paulinho celebrated his goal in his country’s 4-2 Olympic Games victory over Germany by making the gesture of an archer to take a public stand against religious intolerance.

Some saw echoes of Usain Bolt when the Bayer Leverkusen striker extended his left arm and clenched his right fist close to his face after netting in Thursday’s win.

In fact, the gesture was in homage to Afro-Brazilian beliefs given that some followers of such faiths suffer persecution in Brazil.

The archer-style gesture represents a hunter and is in honour of Oxossi, an orisha (or orixa), a spirit regarded as a divinity in the Yoruba religion of West Africa and offshoots of that faith which have spread beyond Africa — such as Cuban Santeria and Brazilian Candomble.

In Yoruba mythology, which inspires Candomble rites in Brazil, Oxossi wiped out misery and hunger by slaughtering an evil bird with an arrow.

“Paulinho only needed to find the back of the net with a precise shot to ensure a whole people’s cry of relief and pride was heard. As long as Brazil has existed, Afro-Brazilian religions have been persecuted and demonised,” wrote Flavia Oliveira, a journalist and also Paulinho’s aunt, in a Friday editorial for O Globo daily.

After his celebration received widespread coverage Paulinho received an invite from samba school Mocidade to dance with the group at next year’s Rio carnival where they will fete Oxossi.

“It’s a philosophy of life, something very personal,” the player told The Players Tribune site after the game.

“Our country has suffered greatly, not just from prejudice against Afro-Brazilian religions but for other reasons too such as race, gender or sexual orientation.”

Many Brazilian footballers publicly display their adherence to Christian denominations, including Paris Saint Germain striker Neymar, who wore a bandana with the slogan “100 percent Jesus” when receiving his Olympic gold medal four years ago. 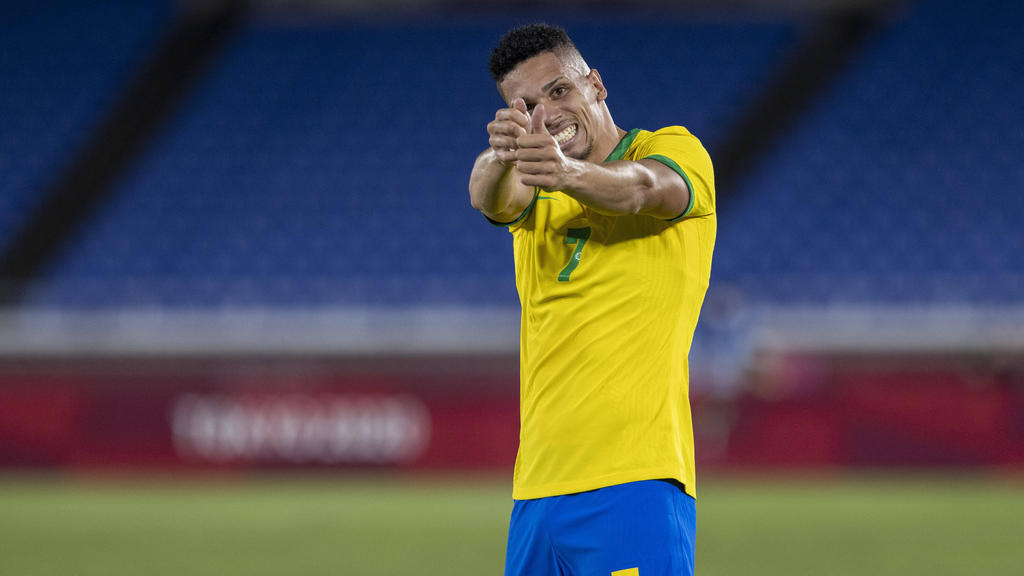