It means that Miura, better known as “King Kazu” for his spirited onfield style, will kick off his 36th career season this year.

“Last season, I was feeling the joy of playing football at a time when the world was facing a tough situation because of the new coronavirus,” he said in a statement.

“Personally it was not a satisfactory season, but my ambition and enthusiasm towards football are increasing,” he added.

“I will work hard every day, aiming to contribute to the team’s victory this season by playing as many games as possible.”

He played four games for the club last year, becoming the oldest first-division J-League player in history at 53 years and nine months old.

Miura, who has played for Yokohama FC since 2005, has been setting age records for some time.

In 2017, he became the oldest player to score in a professional match.

Miura left Japan for Brazil in 1982 and signed a contract with Santos FC in 1986 to make his professional debut.

He made his Japan debut in 1990 and pushed for the country’s first ever World Cup appearance in 1998 but failed to make the final squad for France, despite scoring 55 goals in 89 games for the national side.

He was one of the stars of the professional J-League at its 1993 launch before joining Italy’s Genoa on loan the following year.

He has insisted he won’t hang up his boots until he turns 60, and he remains a massive draw for fans in both Japan and abroad. 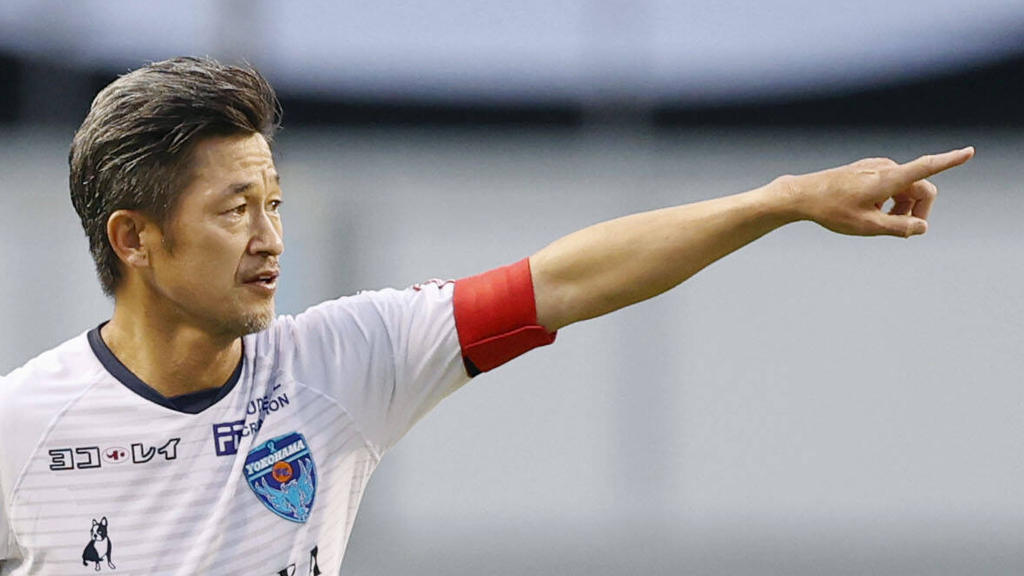