Shaw has surgery on broken leg

Surgeons on Wednesday operated on Manchester United defender Luke Shaw after he suffered a horrific double leg fracture in the Champions League defeat to Dutch side PSV Eindhoven, the English club said.

The 20-year-old spent the night in an Eindhoven hospital after being taken there during Tuesday night’s 2-1 loss to PSV in their opening Group B game.

United said in a statement that the England defender would stay in the Dutch hospital “to continue his early recovery.”

“Manchester United are grateful for the excellent care he is receiving and would like to thank everyone who has sent messages of support,” the statement went on.

The England left-back, whose participation at Euro 2016 next year is now in jeopardy, faces a lengthy layoff after the sickening clash with PSV’s Mexican defender Hector Moreno in the first half.

Moreno slid in with a challenge, trapping Shaw’s leg which then buckled under the pressure.

Incredibly, the foul was not even punished with a free-kick or caution from the Italian referee Nicolas Rizzoli.

“I just feel really bad because I was involved in the accident,” Moreno told journalists.

“I’m really sorry. I think I played the ball.

“I just hope he’ll be back as soon as possible.”

United manager Louis van Gaal looked on in horror as Shaw was stretchered off the pitch breathing through an oxygen mask to loud applause from the PSV and United fans, and the Dutchman was visibly moved.

“It’s horrible. When he was going in the dressing room, he was with the oxygen mask, he was crying,” van Gaal said after the match.

Asked how long he thought Shaw’s recovery would take, van Gaal said: “I am not a doctor, so I can’t say. A double fracture, it generally takes six months, but you can never say in advance.”

A potential return in March would give the former Southampton player a chance of being included in Roy Hodgson’s England squad to go to the European Championship in France in June.

Shaw’s United teammates rallied round and declared their support for the stricken defender but said it did not have a decisive bearing on the result.

Captain Wayne Rooney, who missed the trip to Eindhoven because of a hamstring injury, posted on Instagram: “Gutted for my teammate @lukeshaw23. Wishing you a speedy recovery mate, keep positive!”

Goalkeeper David de Gea tweeted: “Defeat hurts, but @LukeShaw23’s injury hurts even more. We hope you come back even stronger!”

Shaw has surgery on broken leg 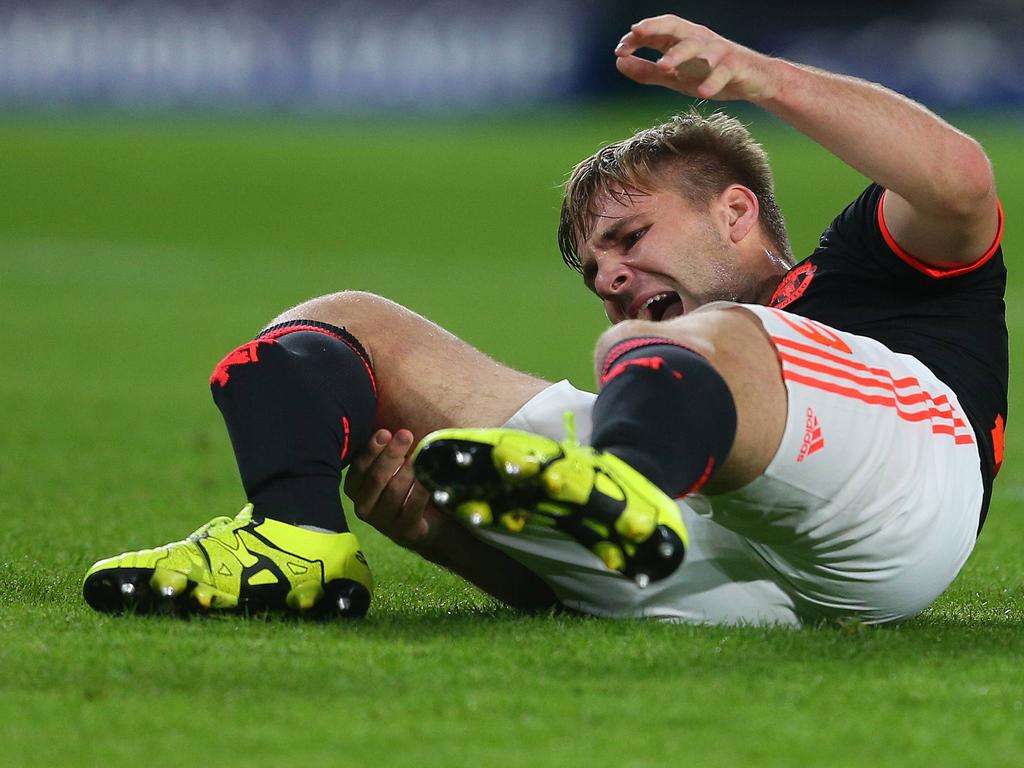