“Bayern Munich will keep their eyes open,” CEO Karl-Heinz Rummenigge said when asked about the transfer market, which will be open until October 5 this year. After signing Leroy Sané, Alexander Nübel, and Tanguy Nianzou, Bayern want to sign an additional right-back as Álvaro Odriozola will leave the club. Sky reported on Monday that the club is now interested in Norwich City right-back Max Aarons.

The 20-year-old Englishman has been a first-team player for the last two years and with a market value of €20 million is among the 20 most valuable right-backs in the world. According to the report the Bayern bosses have already contacted the agent of the U21 national team player, who in the winter was linked with Borussia Dortmund, Tottenham, Everton, and RB Leipzig. Sky also reported that Bayer Leverkusen, who are in desperate need of a right-back are also interested—Aarons can imagine a transfer to the Bundesliga but prefers a move to Bayern Munich.

Aarons in the top 20: The most valuable right-backs 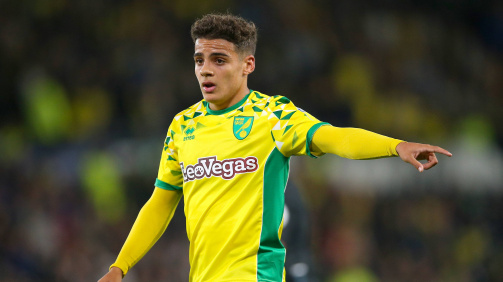 Aarons in the top 20: The most valuable right-backs

Bayern Munich could benefit from the fact that the Canaries have been relegated. At the beginning of the year—before the corona crisis—Norwich was understood to demand €30-35 million for Aarons. Now the transfer would be in the region of €20 million, according to Sky. Norwich head coach Daniel Farke, however, did not confirm a potential transfer and also denied any possible rebate.

“Our principle is to keep the core group of this team, [including] our best players,” Farke said to Sky Sports News. “Our prized young lads are important, we need them to get back to the Premier League. We need to keep them [unless] there is such a stupid offer that you can improve the squad with that money.” Aarons is just one of two candidates at Bayern, the Rekordmeister still prefers Sergiño Dest from Ajax Amsterdam.