Footballers are just ‘puppets’ for UEFA and FIFA

Germany midfielder Toni Kroos feels that footballers are just “puppets” used by governing bodies FIFA and UEFA and are powerless in discussions about competitions such as the Nations League or a possible new European Super League.

“At the end of the day, as players we’re just puppets for all these new things which are invented by FIFA and UEFA. Nobody asks us,” Kroos said in his podcast ‘Einfach mal Luppen’.

Kroos, who made his 100th appearances for Germany last month, is in the squad for Wednesday’s friendly against the Czech Republic as well as Nations League matches against Ukraine and Spain.

The 2014 World Cup winner feels if players had more say they “wouldn’t be playing in the Nations League, nor a Spanish Super Cup in Saudi Arabia, nor a Club World Cup with 20 or more teams”.

The Real Madrid star said he feels such tournaments are planned “to suck out everything financially, and, of course, physically from every single player – and then some”.

Kroos said a league comprising Europe’s top 18 clubs would be “a very, very interesting thing in sporting terms” which would generate large television audiences, but it risks widening the gap between the continent’s elite and the rest.

“It is also good to leave certain things just as they are when they are good,” Kroos added, referring to the current Champions League, European Championship and World Cup formats as “top products”.

After scoring against Rennes in the Europa League back in March 2019, Aubameyang donned a mask inspired by the film Black Panther.

During his time in Germany, Aubameyang also pulled out a number of different masks to celebrate after scoring.

“Aubameyang once celebrated and took out a mask. That’s where it ends with me,” said Kroos.

“I don’t think that’s a good role model either. What nonsense.”

Aubameyang replied by posting a picture of himself on Twitter, drawn by a school pupil asked to create an image based on happiness.

“Does this @ToniKroos have Kids? Just to remember i did it for my son few Times and i will do it again,” said the Gabon international.

“I wish you have Kids one day and make them happy like this Junior School pupils.”

Footballers are just ‘puppets’ for UEFA and FIFA 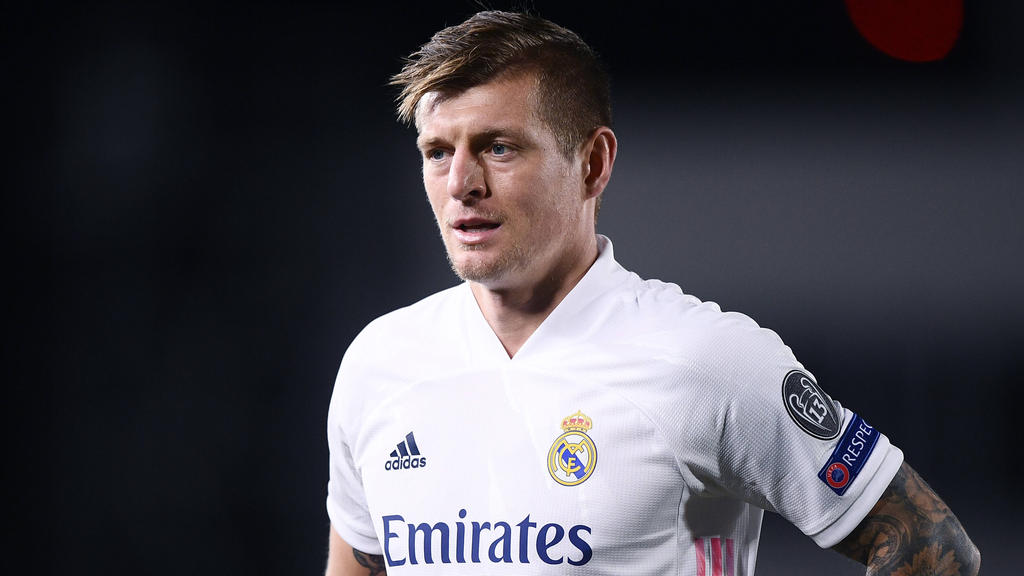