Denmark’s star player Christian Eriksen collapsed and had to be revived on the field by medics during the Euro 2020 match with Finland on Saturday.

The opening match of Group B was paused amid emotional scenes after Eriksen fell to the turf at the end of the first half.

Danish players immediately gestured to the medical staff to attend to Eriksen and his teammates were in tears as the 29-year-old was given CPR.

Eriksen was eventually carried off the field at the Parken Stadium in Copenhagen after having lengthy treatment and a photo showed him apparently holding his head as he laid on the stretcher.

The Danish Football Union (DBU) said the Inter Milan player was awake and had been able to speak to teammates.

DBU director Peter Moeller told Danmarks Radio (DR): “We’ve been in contact with him, and the players have spoken to Christian. That’s the great news. He’s doing fine, and they are playing the game for him,”

After Eriksen was carried off, a crisis meeting was held with both teams and match officials over whether to restart the game and the players resumed the game at 8:30 pm, finishing the final minutes of the first half.

The match was poised at 0-0 at half-time.

The previously raucous crowd at the Parken Stadium in the Danish capital fell silent in gut-wrenching scenes as the other Danish players, mainly clearly distraught, formed a circle of red shirts around him to stop anyone from seeing the on-pitch treatment.

Many suppporters were also in tears.

“I don’t know how i feel. He’s such a national treasure. He’s like your best friend,” Denmark fan Rasmus Ottosen, 34, told AFP.

“I could look down and see him get the treatment. Everyone was like, ‘I can’t look at this.'”

Denmark goalkeeper Kasper Schmeichel and captain Simon Kjaer had to comfort Eriksen’s stricken partner Sabrina Kvist Jensen by the side of the pitch.

After around 15 minutes Eriksen was stretchered off the field followed by the rest of the Denmark team, while Finland’s players also walked off.

The fans in the stadium, who were celebrating the chance to see their national team again live at the stadium, sat silently in their seats waiting for news of Eriksen’s condition.

However soon after stadium-wide chants of “Christian” and “Eriksen” from both sets of supporters began to ring out as news of his status began to filter through to supporters.

They were brought to their feet when stadium announcers said that Eriksen was “stable”, and the ground rose as one when to was announced that the teams would come out to finish the match.

A huddle among Finland’s players were loudly applauded by all four sides of the stadium before both teams began their warm ups before rstarting the match.

However some fans did not agree with the decision to play. 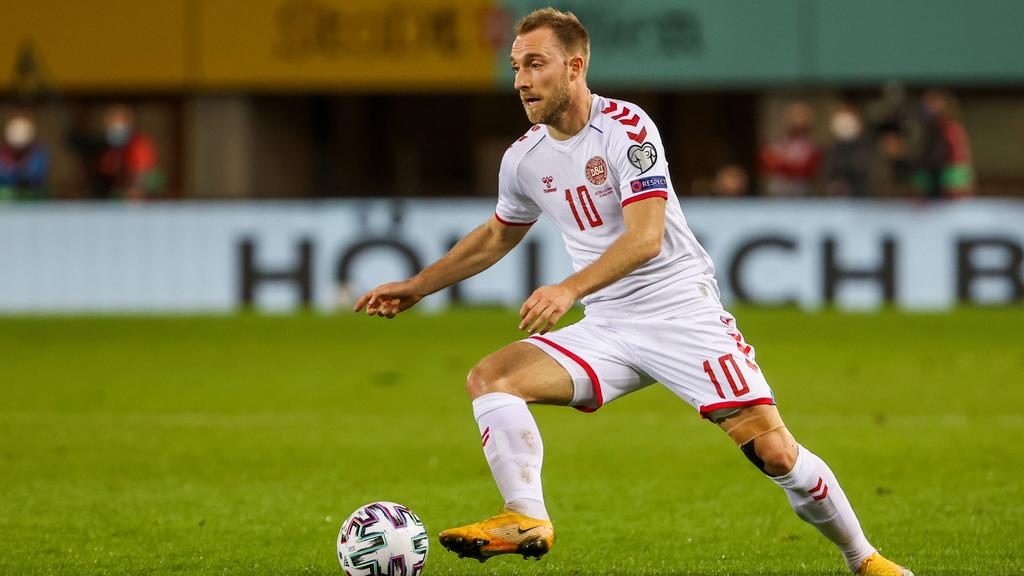