Germany midfielder Leon Goretzka said Monday it would have been “absurd” if UEFA had sanctioned the German FA for the rainbow-coloured captain’s armband that skipper Manuel Neuer has worn during Euro 2020 in solidarity with gay pride.

The German Football Association (DFB) said it had been informed by UEFA that a review of the matter had been halted and a spokesperson said the Germans “will not face disciplinary measures”.

“The armband has been assessed as a team symbol for diversity and thus for a ‘good cause’,” the DFB said on Twitter.

Normally, the captains of each team at the European Championship are obliged to wear a standard armband issued by UEFA.

Neuer will wear the rainbow armband for Wednesday’s game against Hungary in Munich, which the Germans must win to be sure of reaching the last 16.

Goretzka said the armband should never have been an issue.

“There are rules and guidelines at UEFA and the DFB, sport should not be exploited, that is important and right,” Goretzka said.

“However, it would have been absurd if we had to apologise for it (the armband), as it is clear what that stands for.”

Former Germany midfielder Thomas Hitzlsperger, who came out as gay after retiring in 2013 and is now head of sport at VfB Stuttgart, was unimpressed that UEFA had even looking into the armband matter.

On Sunday, German FA spokesman Jens Grittner said that Neuer would not have stopped wearing the rainbow armband even if UEFA opted to punish the Germans.

“Manuel Neuer has been wearing the rainbow armband since a friendly against Latvia on 7 June as a sign and clear commitment of the whole team for diversity, openness, tolerance and against hate and exclusion.”

Orban’s government recently passed a law banning the “promotion” of homosexuality to minors.

Bavarian’s state premier Markus Soeder backed Reiter, saying Monday it “would send a very good signal if the rainbow colors were shining as a signal for freedom in our society”.

However, Grittner said Monday that the DFB want to see the Allianz Arena lit up in rainbow colours, just not necessarily on Wednesday’s match day.

He suggested “postponing the initiative to early July”, to coincide with July’s gay pride week in Munich. 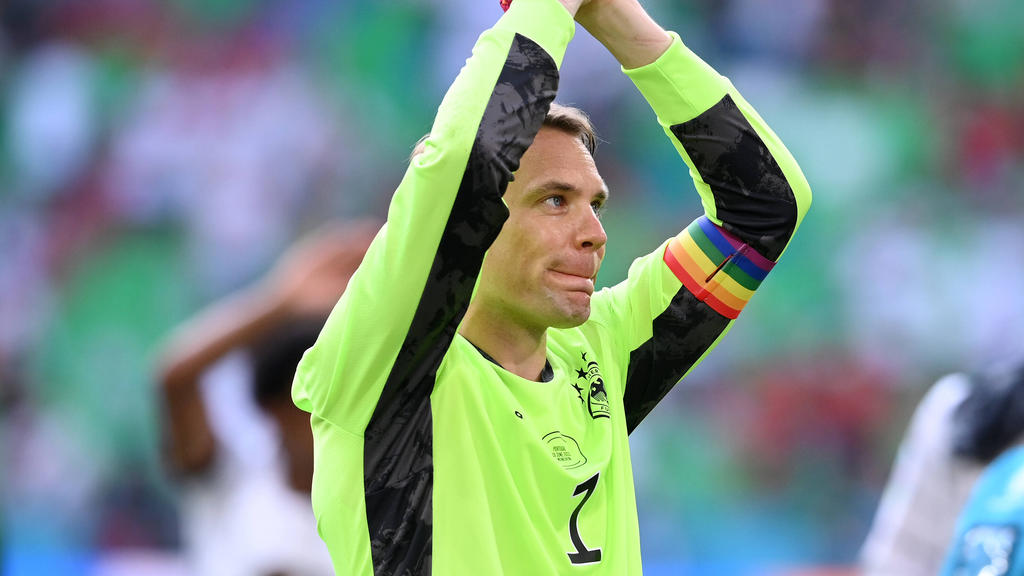